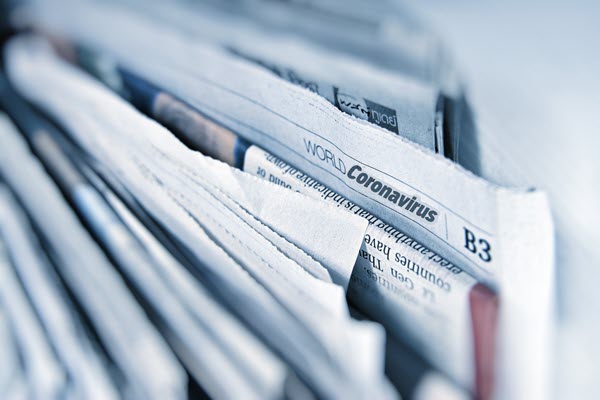 Covid 19 has presented extraordinary challenges to almost everyone around the world and to almost all facets of life including: health care, the economy, personal interactions, education, transportation, supply-chain, mental health, law enforcement to name just a few. One of the crucial elements in dealing with a pandemic that affects all aspects of daily life is communication to the public about what to do and what measures to take. Governments are the key drivers of these strategic communications to inform the public and ensure public safety.

In most countries, a critical communicator of government policies is the media. In their paper A Short Honeymoon. The Italian Press and the Coverage of the Government’s Strategic Communication on Covid-19, Mazzini et al. (2022) use QDA Miner and WordStat to analyze media coverage of the government’s strategic communications during two waves of the virus. The authors’ examined articles from six Italian national newspapers based on their circulation and their political leanings. The latter was a key factor because Italian media can be affiliated with political parties that can influence their coverage of events. This was the case in the coverage of the second wave.

The research questions for this study were: How did the news values influence the coverage of the pandemic? Are there considerable differences in the coverage between the first and the second pandemic wave? Did the media support or hinder the government’s strategic communication in enforcing social control policies to contain contagion?

The authors used WordStat content analysis to examine thousands of newspapers articles. The study analyzed 21,777 articles in the first wave between February and April 2020 and 14,222 articles between October and December 2020 in the second wave.

The entire corpus was analyzed using QDA Miner software, a tool for computer-assisted qualitative analysis of texts, and its quantitative component WordStat, a text-mining tool capable of identifying recurring themes within a text…. The main topics covered by the press during the analyzed periods were identified using the topic modeling technique, which automatically extracts the most important topics within a given collection of texts. The main statistical procedure used for the extraction of topics in WordStat is factorial analysis, and the extracted topics were then organized manually to check the correct attribution of words and phrases to the specific themes, and to aggregate the themes that recurred more than once.

After exploring 20 topics, the authors performed a frame analysis and identified four frames: conflict, mathematization of the catastrophe, human interest and heroes vs villains.

In its communications, the government chose not to use traditional news conferences but to try to talk more directly to the people through Facebook live broadcasts. In the first wave, the newspapers facilitated this strategy generally reproducing the government’s messages. But that changed in the second wave. This can be seen in the topic modelling results. The authors’ present two tables of topic modelling in their paper showing the top twenty topics in the first wave and the top 20 topics in the second wave. In the first wave the principal topics were, number of infections, health emergency, health workers, lockdown. While several of these are still prevalent, other issues emerged to the forefront such as European management of the virus, economic and social crisis, government, and regional governors. In the second wave the “honeymoon” was over. The media were more questioning and critical of government policy and the political leanings of certain newspapers began to influence coverage. In the first wave there was more of a focus on collective and individual responsibility to follow the rules. In the second wave there was a shift to questioning how the government was or was not implementing the rules and managing the situation.

Here are two examples. One from the first wave is focussed on individual and collective responsibility.

“While cases of COVID-19 increase, it is intolerable that hundreds of runners are running around, sweating, through parks and streets. Nobody has more rights than others to stay outside while most people respect the prohibitions” (Corriere Della Sera, 20/03/2020

In the second wave the focus is more on the politicians or the people in charge.

“Conte does something more: through the Tv, he “shouts” to make the Italians feel guilty. Behave correctly, scoundrels, otherwise you will be punished! Namely, he obliges others to do what the government should have done during the last summer of relaxation, it unloads on the governed the shortcomings of those who govern us” (Corriere dell Sera, 07/11/2020)

The paper shows that in the first wave there was a low level of conflict. The media focussed on relaying the government’s messages for public safety, public health issues and informing the public about the spread of the virus and the immediate health public health challenges. However, as the virus set in the typical partisan elements of the Italian media rose to the surface to support their political affiliations and to criticize their opponents. This was also reflected in public sentiment in where in the first wave people were likely to comply with restrictions while in the second wave there was more anger and dissatisfaction with government. The authors believe more country-by-country studies like this one can shed more light on the effectiveness of government’s strategic communication during a pandemic.