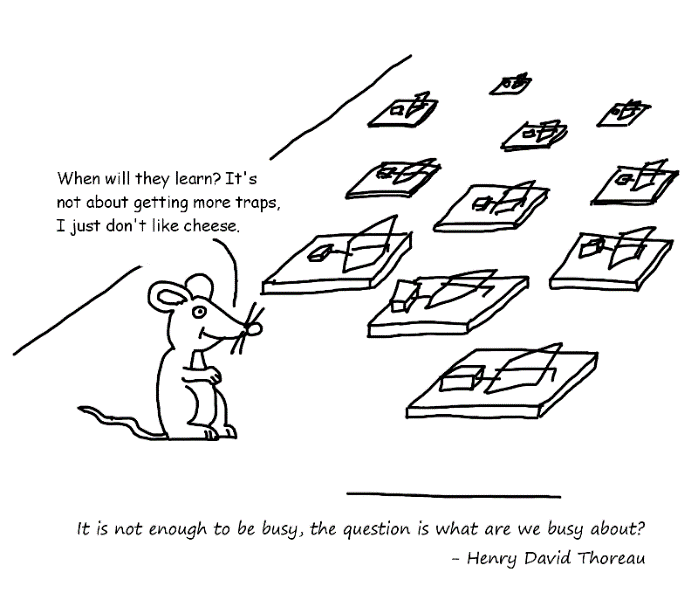 We’ve all heard of lazy guys! With technology being more accessible and easier to use, it’s even easier to get lazy! What to do if you are on the couch and the remote is on the other side of the room?  Just relax, download an app to change the TV channel right from your smartphone! You are going to love KNN. It is very lazy! KNN is the couch potato of algorithms. It basically stores the entire dataset rather than modeling it. Well, you can use some complex data structures to improve the efficiency but there still is no model! So, the first question that comes to mind with respect to KNN is: “is it really machine learning!?” Hmmm, yeah it can be but it is definitely a “lazy learner.” KNN can be applied to both classification (i.e. predicting discrete values) and regression (i.e. predicting continuous values) problems. Oddly enough, being lazy can come in handy in some cases. There are some advantages to slothfulness! The main strength of KNN lies in the ease of interpretation. Besides, it is a relatively robust algorithm for noisy data. And, since there is no model, there is no training. But all the work happens at the time of the prediction so the computation cost can be significant in some cases. Okay, we have a lazy tool but how does it really work? Let’s assume you hired a sneaky ninja and obtained data on your colleagues’ weight and age group. For simplicity, assume there is some sort of positive relationship between age group and weight and you have a plot like the following: 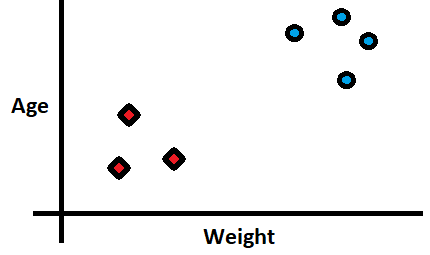 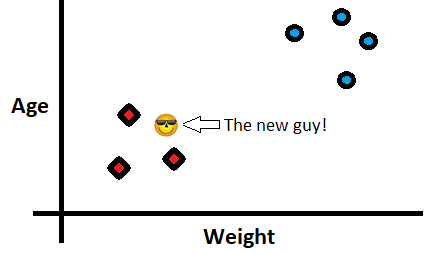 Now, a new handsome guy is joining your company and somehow you already know his weight and rather than asking him directly, you want to predict his age group! How? Let’s put him on the plot first…

Although KNN is very simple it can perform nicely in many cases. As seen, the most important parameter to tune is K. Setting different values for K can affect the performance of the algorithm. But how to tune it up?!? Wait for the next post 😊