What are Scientometrics and Bibliometrics?

Scientometrics and bibliometrics are methodological approaches in which the scientific literature itself becomes the subject of analysis. In a sense, they could be considered a science of science. Scientometrics researchers often attempt to measure the evolution of a scientific domain, the impact of scholarly publications, the patterns of authorship, and the process of scientific knowledge production. Scientometrics and bibliometrics often involve the monitoring of research, the assessment of the scientific contribution of authors, journals, or specific works, as well as the analysis of the dissemination process of scientific knowledge. Researchers in such approaches have developed methodological principles on ways to gather information produced by the activity of researchers’ communications, and have used specific methods such as citation analysis, social network analysis, co-word, and content analysis, as well as text-mining to achieve these goals. Many bibliometrics studies will focus on authorship or will measure the contribution of journal and research organizations, but it may also involve a content analysis of words in titles, abstracts, the full text of books, journal articles or conference proceedings, or keywords assigned to published articles by editors or librarians. 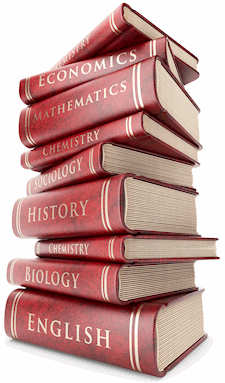 WordStat and QDA Miner have often been used for these kinds of research efforts (see the reference section below). For example, to celebrate the 25th anniversary of Human Communication Research, Stephen (1999) analyzed words in the titles of all 634 articles published during those years and published his results as the last article in the final issue of the 25th volume. Using co-word analysis and hierarchical clustering, he was able to identify relationships among concepts as well as changes in topics studied over time. West (2007) did a similar analysis of words in the titles of 345 papers published in the International Journal of Advertising.

Abstracts are also good indicators to understand and grasp the content of publications. They often provide a more detailed description of the scope of a paper, of its theoretical underpinning, its methodological approach, and of other contextual variables. Lonchamp (2012) used WordStat to analyze a corpus of 121 abstracts from the International Journal of Computer-Supported Collaborative Learning (IJCSCL) to investigate and map its content. Other researchers have analyzed much larger corpora consisting of tens of thousands of journal abstracts on gene expression in order to identify ambiguous designation of genes in the published articles (Coimbra, Vanderwall, and Oliveira (2010) or to reveal unexpected gene associations (Chaussabel & Sheer, 2002).

Keywords may also be good indicators of a paper’s content and have often been used in scientometrics studies (Fratesi, 2008; Lonchamp, 2012; Reinhold, Laesser, & Bazzi, 2014). For example, Fratesi (2008) used keywords and titles of about 175,000 articles published in 68 geology journals between 1945 and 2000 to track changes in the influence of subdisciplines over time.

Several researchers have also used the text-processing capabilities of WordStat to extract and analyze large corpora consisting of the full text of journal articles (Lonchamp, 2012; Anderson et al, 2007; Waismel-Manor, 2011). For example, Waismel-Manor (2011) retrieved 1,317 articles from the Campaigns & Elections journal using Lexis-Nexis, obtaining a text corpus of 1,736,042 words, and was able to demonstrate the gradual professionalization of campaign consultants over time. Anderson, Joly, and Fairhurst (2007) analyzed the full text of 149 articles published over a five-year period in four retail-trade publications to document how retailers used business intelligence and data-mining tools to implement customer relationship management (CRM) in retailing.

Bibliometrics studies have often focused on co-citation analysis, identifying the influence of authors and journals and the relationship among them. One good example is the study of Jacobsen, Punzalan, and Hedstrom (2013). They analyzed 165 articles on collective memory from four leading archival studies journals between 1980 and 2010 to identify which scholars and well-known works have been the most influential. Oleinik (2011) also used WordStat to study authorship and citation patterns across North American and Russian institutions.

Scientometrics studies may also focus on how concepts are being defined over time or in different domains. For example, Walterbush, Gräuler, and Teuteberg (2014) identify similarities and differences in definitions of the word “trust” through literature of research spanning over 50 years. The authors collected a set of 121 definitions from various domains and analyzed those with a word-stem frequency analysis in WordStat as well as with a qualitative data analysis using QDA Miner.

Several features in QDA Miner and WordStat have proven to be useful for scientometrics and bibliometrics studies. This section presents a quick overview of some of those features.