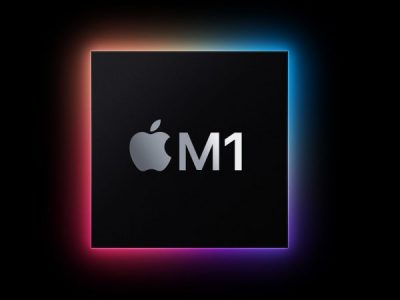 Up until the end of last year, several options were available to run QDA Miner, WordStat or SimStat on Mac computers.  Since 2006, Apple computers came equipped with Intel chips, the same chips used in PCs.  One could even remove the MacOS and transform an Apple computer into a pure Windows machine (although this would not make sense considering the extra cost one is paying for Apple hardware compared to a similarly equipped PC).  Because of its use of Intel chips, the best performance of our applications on a Mac could be achieved by creating a separate disk partition on one’s computer using Apple’s Bootcamp and restart the computer as a Windows computer. This solution was optimal both in terms of performance and compatibility, allowing one to run our software at the same speed as a similarly configured PC.

Another solution was to create a virtual machine (VM) running Windows with tools such as Parallels, VMWare Fusion, or Virtual Box. Such an approach eliminated the necessity of partitioning the hard disk and of rebooting the computer, allowing the user to run a Windows session side-by-side with Mac OS, share files, performing copy and paste or drag and drop operations between Windows and Mac applications. While such VM solutions came with a small performance penalty (between 5 and 15% slower), many users came to appreciate the added convenience of such a seamless integration.

While both of the above solutions require installing a copy of Windows, a third option available to Mac users was to install Crossover or its open-source sibling Wine. Both added a compatibility layer that enables running Windows-based application on MacOS as well as Linux and Chrome OS without the need to install Windows. And while many Windows-based applications were not compatible with Crossover, several of our users reported running our software successfully using such a solution. Our own tests confirmed such potential and allowed us to obtain average performance around 80% of what one would obtain by running the software natively using Bootcamp. Click here for more details on running our software on Intel-based Macs.

But things changed drastically in November 2020 when Apple unleashed the first Macs running M1 chips and its new MacOS 11 Big Sur operating system. With the adoption of an ARM-based chip, it was no longer possible to run Windows natively on those newer Macs. Bootcamp is also gone, so was the virtualization capabilities offered by those VM solutions. The only remaining solution was Crossover and our initial testing showed that it was no longer possible to run QDA Miner or WordStat on M1 based Mac computers. Only SimStat could still run with Crossover or Wine on those new computers. Yet, soon after the M1 based Mac release, both Parallels and VMWare Fusion developers announced their plan to release, in the near future, new versions compatible with the new Macs.

On April 14, Parallels Desktop 16 for Mac was officially released allowing one to install Windows in a virtual environment, just like before but with a small twist: Parallels requires you to install the ARM-based 64-bit version of Windows, which is available for free as part of Microsoft’s “Insider Preview” program.  Using a new Mac Mini purchased specifically for testing compatibility, we proceeded to install version 16 of Parallels, followed the required instructions and, less than 20 minutes later we were running Windows 10 for ARM64 on this new computer. Initially, neither QDA Miner nor WordStat ran in this environment, so we started exploring various compatibility options. In no time, we found the solution. So here are the steps you will need to perform in order to run QDA Miner and WordStat: 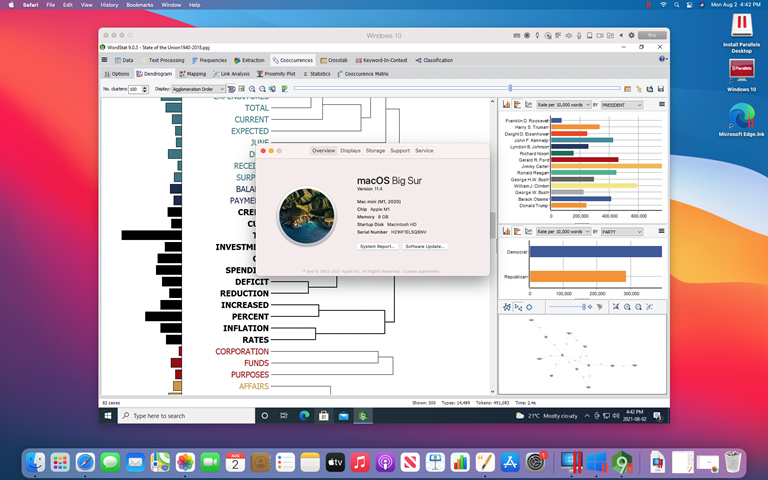 While other stricter compatibility settings are available, we found, that the Safe Emulation setting provided the best performance you can get for running our software on an M1 based Mac computer using Parallels and Windows for ARM. Such a configuration does suffer from an important performance hit. Our own test doing text analytics on large datasets shows that WordStat running under Parallels achieved only 55% of the processing speed of an Intel i7 computer (i7-9700).  Such a performance hit should not be critical for QDA Miner since our computer-assisted qualitative analysis software is typically used for much smaller datasets. We will further explore other compatibility settings and update those instructions if we discover ways to further boost the performance. Further testing results will be added soon.

IMPORTANT UPDATE – December 2021: Since the initial testing for this blog, several changes occurred. A newer version of Parallels was released but, more importantly, Windows 10 for ARM is no longer available and has been replaced with Windows 11 for ARM which does not offer the same level of compatibility. We have not been able yet to run any of our software successfully in this environment. We are monitoring the situation and we will post an update when such compatibility issues are resolved.

The introduction of an ARM-based chip and Big Sur MacOS also created some compatibility issues with existing Mac applications developed for Intel-based Apple computers. Along with Big Sur and the new M1 Macs, Apple introduced Rosetta 2, an application compatibility layer that translated Intel x86-based instructions to new ARM M1-based instructions. While some existing Mac applications run fine on the new computer, sometimes even faster than before, several other applications don’t work at all or are much slower. Our own tests attempting to run QDA Miner and WordStat with Crossover 20 forced us to conclude that it was no longer possible to run our application in this way on the newer Macs.  On August 2, 2021, we contacted CodeWeavers customer support asking them for documentation on potential compatibility settings. The next day, a company representative told us that such settings were not available in Crossover and that our application didn’t run on an M1 because of the Apple Rosetta translation layer issue, and such an issue would be resolved only if Apple implements fixes in their software update. He then added:

“That said, I was able to download a trial of QDA Miner 6, and replicated that it installs, but does not seem to run. So, I tested in Crossover 21 rc1 build and it seems to work. Note: I installed it into a Windows 10 64-bit bottle, using Crossover 21 on an M1 Mac running Big Sur 11.5.1. Lastly, Crossover 21 will be released later today, so you should be able to download the trial to test with.”

Indeed, we installed the trial version 21 of Crossover the same day and we were able to successfully run QDA Miner and SimStat without any issue.  However, we did find some compatibility issues running WordStat with Crossover. These are issues that we will try to address in the upcoming months or that we expect to be solved by a future Crossover or Apple’s Rosetta update (WordStat ran successfully with Crossover on older Mac computers). We could still perform frequency analysis, phrase extraction and topic modeling allowing us to find that, with just one exception, performing text analysis with WordStat was way faster with Crossover than with Parallels, achieving performance results quite close to the speed of our test PC equipped with an Intel i7-9700 chip and a M.2 SSD drive.  This encourages us to further investigate the source of incompatibility we encountered when running WordStat with Crossover.  Fixing those issues would represent a major benefit for all our users wishing to upgrade their Mac to the newer models.

Our Conclusion and Recommendations

For existing users of a Mac still equipped with an Intel chip, you have a lot of options to install and run any one of our software and can be sure to achieve excellent compatibility and optimal (Bootcamp) or near-optimal performances.  If you own or plan to purchase a new Mac computer equipped with the new M1 chip, the answer is less straightforward.  If you are planning to use QDA Miner only, then either Parallels or Crossover should work great if you install Windows 10 for ARM (not version 11).  And while compatibility should always be better with Parallels or other VM platform (when they become available), running QDA Miner in Crossover will allow you to achieve the best performance you can get on M1-based Macs.

For WordStat, our current recommendation is slightly different. It works fine without any issue with Parallels. Yet, such compatibility comes with a significant performance dip. However, WordStat remains a fast text analysis software even in such a configuration.  It will typically process a corpus with a million words (or 1000 pages) in just 4 seconds, rather than 2 seconds on an Intel PC. For much larger text corpus and if processing time is important, then we recommend keep running WordStat on an Intel-based computer, whether it is a PC or a Mac.  We currently cannot recommend running WordStat with Crossover 21 on the M1-based Macs, not until compatibility issues are resolved. The impressive execution speed we were able to measure encourages us to further investigate the source of those problems.  We will post complementary information on our progress as well as results of further testing as soon as new options or updates become available.  To be kept informed of any advancement on this topic, make sure you register for our newsletter or follow us on our social media sites.